Some might remember me as the creator of the first functional powerful crawler crane: WIP Heavy crawler crane - Page 11
I had some old models laying around and figured I might as well put them to use. Quite a few years late it seems, as this player base is almost nonexistent nowadays. In any case, I'm pretty good with Sketchup which is what I use to create these models. I know it sucks, because it's technically the worst possible 3D modeling program, but that's the situation right now and I don't plan to re-learn any other program just for this very brief comeback. I tried following the Blender shading tutorial that is available but failed miserably.

What I'm asking is basically if there is anyone out there who is willing to help with shading these meshes (and some more that are secret as of now) in your 3D program of choice (it doesn't have to be Blender), obviously in exchange for being allowed to test the vehicles. You won't be in a hurry or anything like that as I'm quite busy in real life myself. Send a PM if you're interested.

If by shading you mean proper UV mapped textures with AO baking I can do that as long as I can import the models into blender.

I might be willing to take a look at a few of them. I have a lot of my own things I'm working on though, but I do have experience in UV'ing SKP models. As long as you've used lots of groups in skp, it doesn't create any unnecessary polys at intersections of the faces
OP
OP

Hey! Thanks, that would be nice. Indeed I try to minimize the amount of intersecting parts to lower the poly count.
The only prop that is completely finished as of now is the large hook block, attaching it here for anyone to play around with.

I'll try my hand at texturing it in the morning. 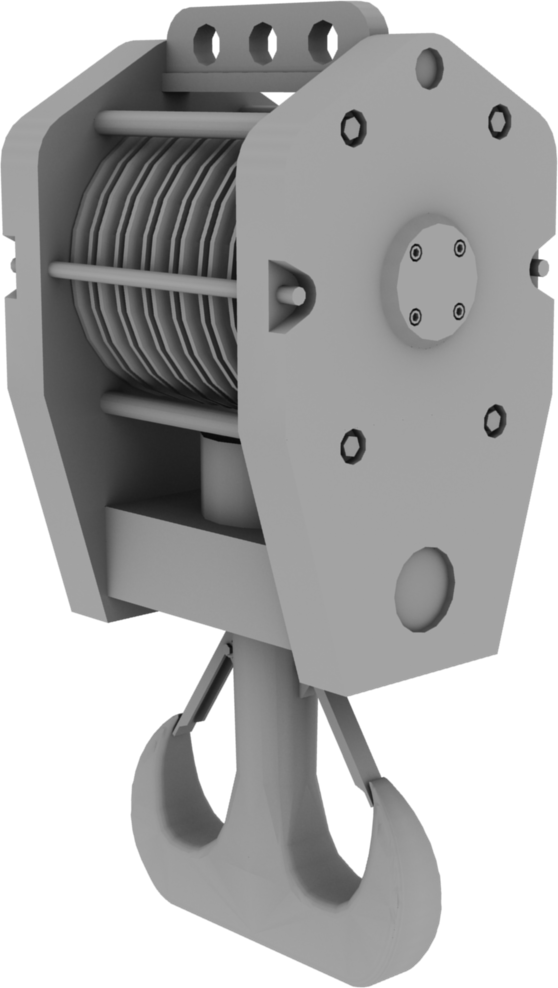