Have you ever looked at a full sized Dodge truck and thought "wow, I sure wish I could go over massive rocks with this" but it's simply much too long and heavy? Well fret no more, now you can go over anything, anywhere, any time with this massive, ridiculous machine!

Hopefully I don't get banned since I can't ask Box5 permission to mod this! Get this rarity for a dead game before I get swatted by the FBI!

Fully tubular frame
Fully modelled shocks (Wow!)
Terribly edited skin
Heavily modified N/B chassis
Super soft suspension
Flextires and custom wheels
"Nostalgic" models and meshes. Does that mean I can't model? No! It's a lowpoly throwback!
A bunch of other junk you'd expect from a truggy!
A winch that kinda works. Sometimes (F1 out, F2 in)

Known issues:
There's no interior. I know. I'm working on it.
The cab is see through from inside as I forgot about backmeshes being a thing and need to work on the model
The rear axle supports need to be stiffer, it'll still hop around under throttle at angle
The meshes are bad. I am a bad modeller. This will probably not be fixed.
There's still a LOT that needs to be modeled. From rear shock mounts and finishing the rear cage to an interior and driveshafts.

This is very much a work in progress. I just felt there's not enough lowpoly rock crawlers for those with old/garbage computers. If this does in fact break some rules or ruffle an admin's feathers, I don't mean to offend or piss anybody off. Just a fun project I've been doing on and off for the past month or so. Just take it down and chew me out. I posted a thread a while back asking and it seems the game's died enough over the past few years that no one took notice. So, I'll go ahead and release it as it sits before putting more time into it. 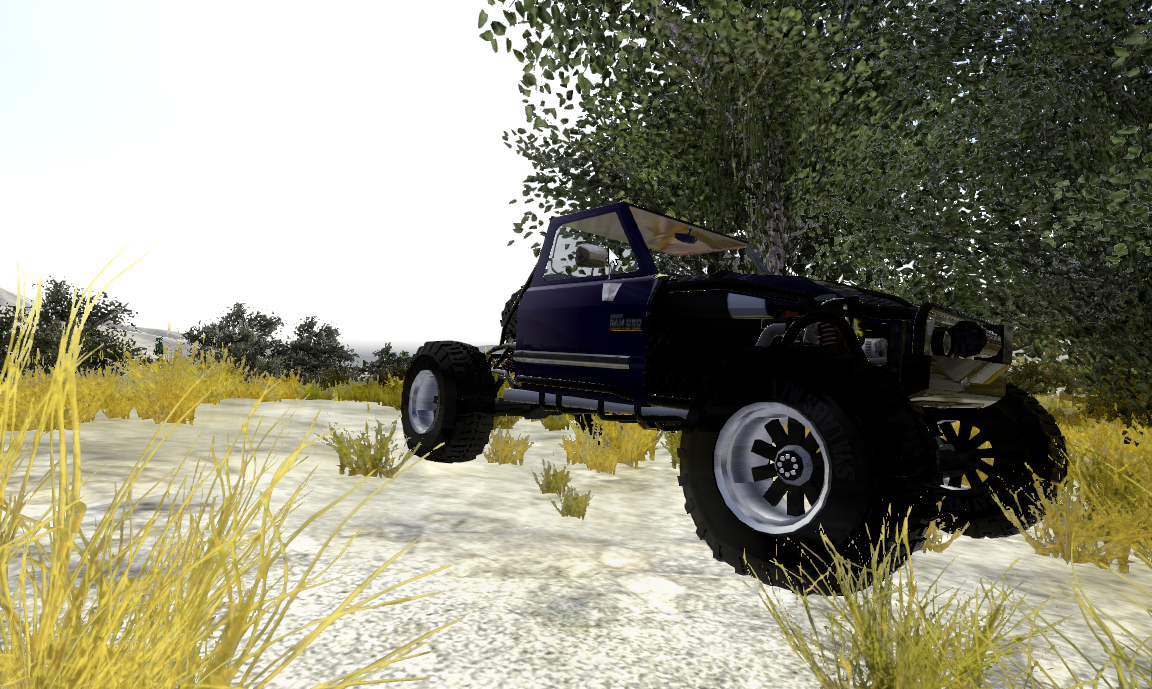 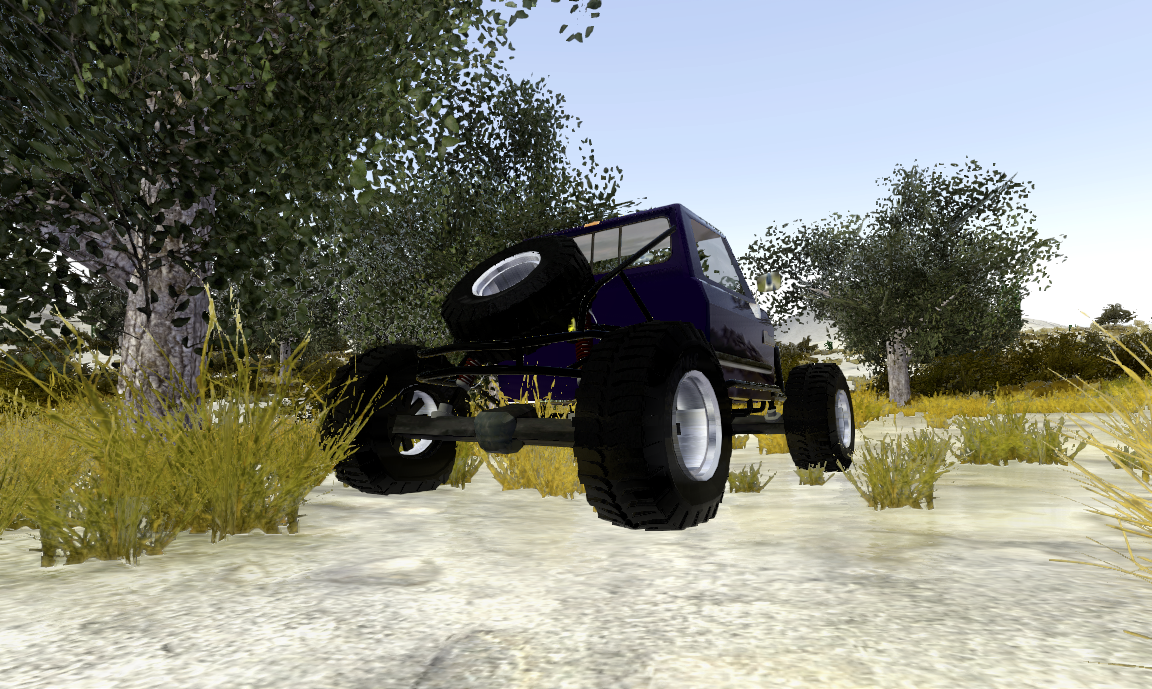 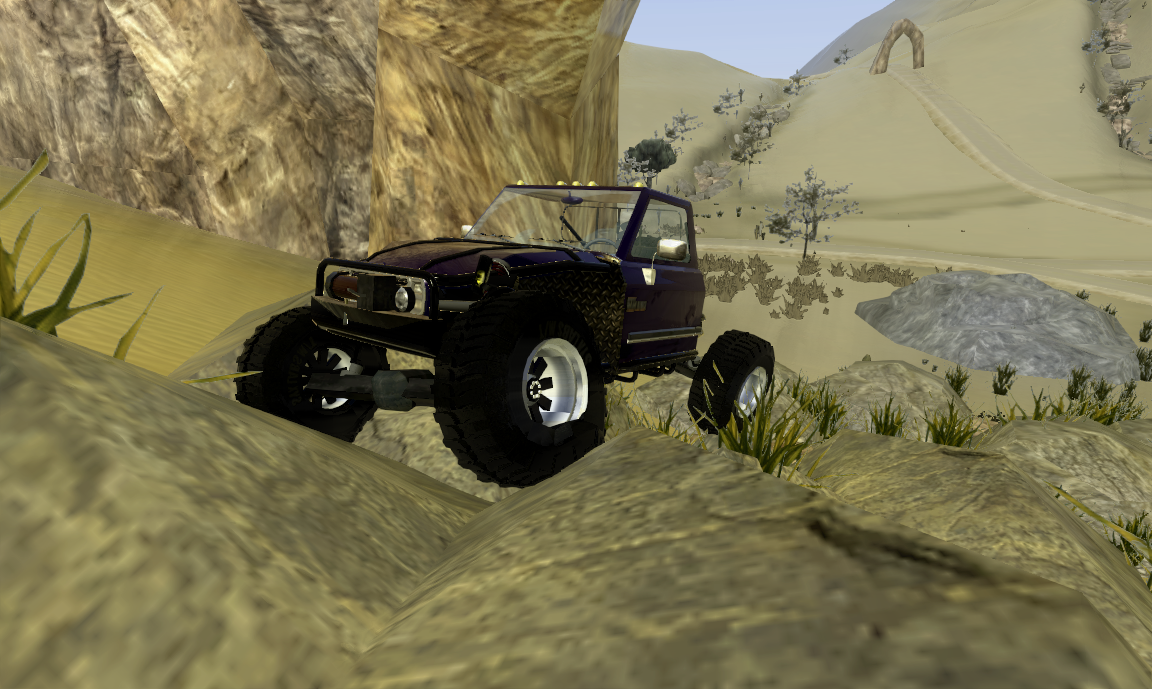 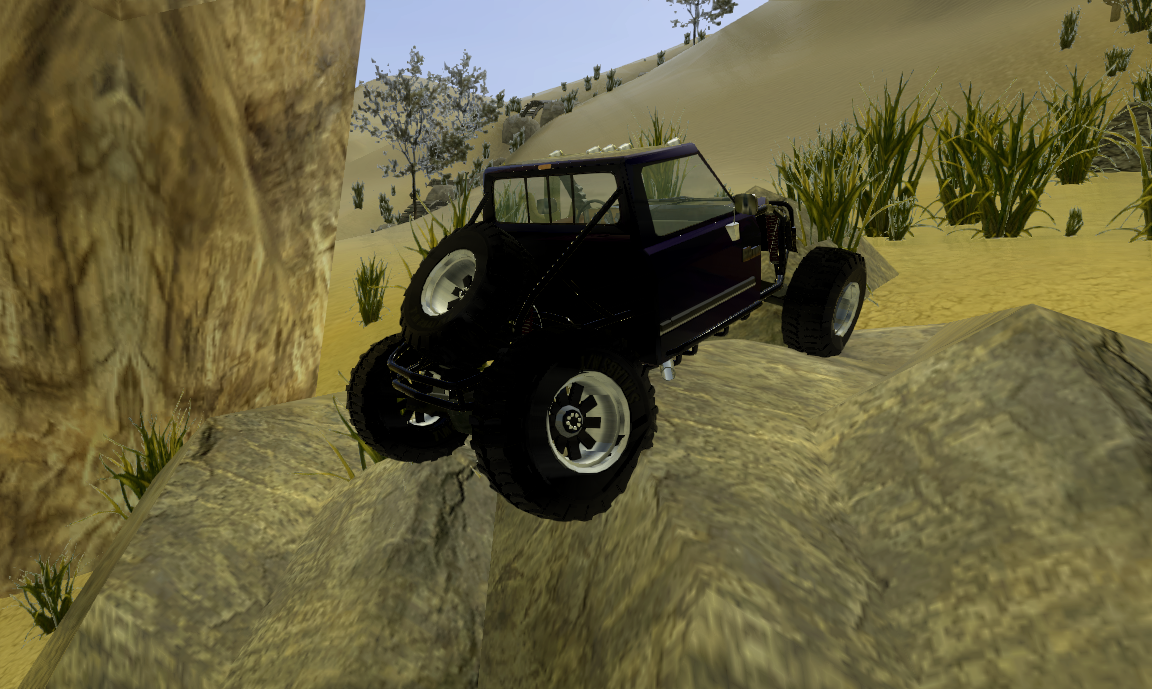 Hey everyone, sorry about the lack of updates. I had to take a step away from RoR for a while but the next update will feature

I'm hoping to have everything finished up by tonight

Life kinda got the better of me the last few months. Without getting into too much detail, I just haven't had the drive to work on this. But here's an update for anyone who cares