I figured that some people may have trouble with modifying this CLK using the included parts and .truck file entries. In this tutorial, I will go in-depth on modding this...mod.

Let's start by making a copy of the CLK, which can be found here: https://forum.rigsofrods.org/resources/1998-mercedes-benz-clk.387/
Rename it to whatever, we'll just call it "CLK_208_Custom". Put it in the mods folder if you hadn't done so already. Open it up, and you can choose to delete or keep all three .truck files, you only need one. Let's just delete CLK_208.truck and CLK_208_3.truck, leaving CLK_208_2.truck, which is for the Kompressor Avantagarde trim. Rename it to whatever you want.

Now we can get started.

If we take a look at the managedmaterials section of your .truck file, our focus is on "CLK_208_Body". But "Acrylix," you ask, "there's, like, four other CLK_208_Body lines. What should I do?". Well, because of the way Mitchieboy separated the three trims from each other, we only have to edit one of them, and that one to edit depends on what trim you chose to edit.

Something people in RoR often forget about (or don't care about) is the license plate. The CLK mod comes standard with a plate that proudly says: #CLKdrivers. You have four other options included: XX-NL-48, ESTHER♥, 77-GR-DP, and 29-XPR-4. These files are defined as PlateXXXXXX.dds (XXXXXX being whatever the plate says). Just like with the paint job, the material to modify depends on what trim you're editing.

Choose a plate, any plate, but I'll put on a plate that says "77-GR-DP". So let's turn our eyes to the CLK_208_Plate2 managedmaterials line. Replace #CLKdrivers.dds with Plate77GRDP.dds. Simple as that.

What's a custom car without some aftermarket parts? Fortunately, we have a sizable variety to choose from. We're not gonna turn our car into a CLK 55 AMG (though that is possible), but let's start by adding some AMG parts. We'd need to swap out the front bumper, for starters. This would be the same case for the side skirts and the rear bumper (except there's a side skirts option for the Elegance trim). It's really the same procedure as with the front bumper, but editing a different flexbody line, of course. You can look into the zip file's contents if you're not sure of the name of the mesh files you're gonna use. We're not done yet, we've got a few more parts to swap out.

An added bonus, remove the semicolons in front of the flexbody entry for CLK_208_Spoilerlip.mesh to get a lip spoiler.

Now here comes the time to choose your rims. You have several options to choose from, seven to be exact. Your options are: 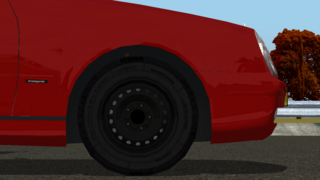 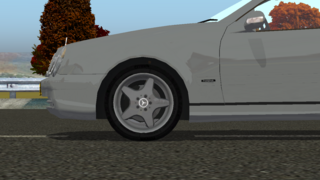 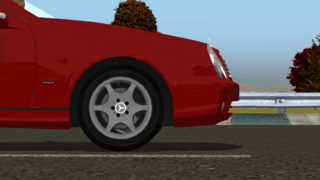 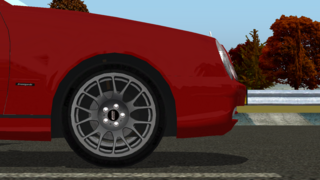 That should be basically all mods for now. I might have missed some optional sections but it would appear that I have outlined all the important ones.
Last edited: Apr 3, 2021
OP
OP

Because my guide is too big for one post, I moved the minor section here. Also, I do recommend that you remove all lines from the torquecurve section and replace them with simply "gas". Then the car won't stall at idle.

Now comes time to choose your ride height. If you like the height as it is, don't change it. I won't for my car, but that doesn't mean you shouldn't. Choose from a lowered, raised, or crappy settings. To change them, put semicolons in front of the lines for the stock shocks, and remove the semicolons in front of the lines for your desired shocks. Do the same for both sides, yeah, there are two sections, one for front and the other for rear shocks.
Last edited: Apr 3, 2021
OP
OP

Finally added some images. I couldn't upload more since each post is limited to 20 images.

Its always nice to have a modding guide, Great job making this!
This will come in handy.
I

Thanks for this! I had no idea the CLK was so custom friendly!

hi thank me later for everything i did to you

Agreed. You'll never learn if you'll always have people do it for you. Let me know exactly what you need help with.
D