This is the beta release for my 2010 Chevy Camaro I've been working on since I've started using blender.

N/B: Me for making it. Lifter for tweaking it, fixing the suspension, making it handle alright.
Mesh: ME
Support/testing: people on discord.
And some special people will be listed below.
Charger
Brett
Venomox
And anyone else I forgot to mention. Just say something and I will gladly add you to the list.

Thanks to the members that I have linked. Thanks to them for chewing me out and pretty much forcing myself to get a bit better at modeling and made this new mesh for the Camaro. The original mesh I made was decent, but I forgot to model some key features that made it the SS. If it wasn't for you guys I don't know where this project would even be.

Do what you want with it. Fix it. Release it. Just give credit where credit is due, and I won't care if you turn it into a backflipping helicoptering craptasic voyaging space car.

Now for pictures and other poo.

In-game photos of the current mesh.


And now some renders. 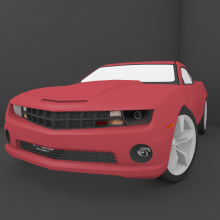 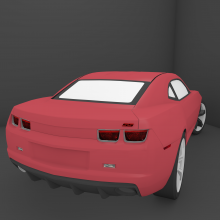 And now some development screenshots. 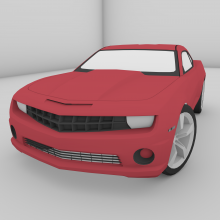 does it have asteering wheel and rpm and speed gadges?
Last edited by a moderator: Feb 6, 2018
OP
OP
D

No. Not yet. I've got to gather some reference material so I can work on an interior. No big promises though. Interiors have never been my strong suit. Lol.
J

disloyalpick can i edit and post a version that got suspension hydraulics?

jason said:
disloyalpick can i edit and post a version that got suspension hydraulics?

you can go for it. You may also release any mods you make.
R

Rigger said:
Make a Bumblebee version of this just yellow
Click to expand...

Not a Transformer version
P

the way you made the car i cant put the hydraulics on the car because the tire go sideways flat on the ground i tried it i might be able to make it work. i will let you know when i get a chance.

The thread was deleted. You can upload it in here. There is absolutely no reason to make a whole new thread
J

Thanks to disloyalpick for letting me modify his camaro to make this.f1 raises the car and f2 lowers it

Also, if you just edited something in the .truck file, it would be kinda stupid to basically re-upload the entire zip lol. Just saying

Here is the latest release. After this thread is posted, the Camaro is cancelled. I'm not wanted around here anymore, so I will not be posting much anymore. Have fun with it and do whatever you want to it. Just release it in this thread is the only thing I ask of you.

DisloyalPick, please don't give up. it doesn't matter if a few people don't want you around because there's several reply's making it obvious that people do want you here.you cant give up just because people don't want you, now I challenge you to come back and prove to everyone here including the Dev's that that being here is worth yours and our time. I realize this reply is poorly constructed and I apologies for that. We're always here for you my dude.