Novices and experts alike are both welcome. Post your build, upgrades, questions or general discussion about computers. 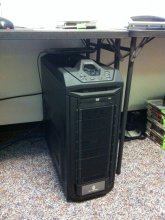 All in 350 GBP in ebay bargains, with some potential to upgrade processors and memory.
This has been a huge upgrade from my old system and Blender and RoR FLY along now.

CPU: I7-3610QM @ 2.30ghz
CPU Cooler: Stock and awful
MoBo: WhoKnos
RAM: 8gb of whatever they stuffed in it
GPU: Nvidia GeForce GT 650M
PSU: Factory craptop, legit comes up as "unknow" in most hardware detectors.
Storage: TB of whatever dell used for it

Only runs at full capacity with ThrottleStop turned on due to a cracked charge port making it think it's not a Dell charger, running on a different Bios than what it originally came with because Dell didn't release most of what this was preloaded with, won't charge, and has cracked the heatsink from overheating in the past and had to be rebuilt by someone who knows what they're doing (cus i sure don't.) Gotta love Dell!...never again.
Still pulls 0.3x at full graphics and 0.4 at equivalent graphics at ~30fps. I'm satisfied. Full graphics on 0.4 just kills it (thanks, PSSM.)
Last edited: Jan 31, 2018


Adding some info about my server computer. 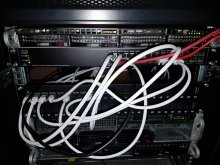 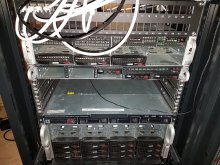 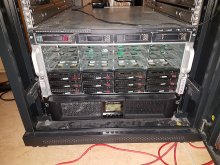 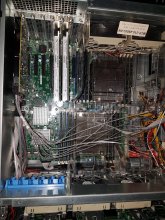 All in 350 GBP in ebay bargains, with some potential to upgrade processors and memory.
This has been a huge upgrade from my old system and Blender and RoR FLY along now.
Click to expand...

It's ok for my uses, but I'm not a big gamer. With the right motherboard (ie not this HP one) they are very overclockable. It's only a 60W TDP processor too. Mine run at 23 deg C idle and 45 deg C 100% load rendering in Blender.
C

It is god damn quiet. Switched to i7 and 580 a while ago. Got a spare i3 and gtx 950 laying around. might build something with those two soon!

Not so secret alien

I may as well contribute to this as well, but since this thread states about upgrades, I will post the first laptop I had, and then the current one I use to this very moment. This was the first that was bought for me as a gift from Christmas of 2011, although the notebook is actually a 2010 model.

After so many years of having the ASUS K53E, it was slowly dying, and it has now reached a point where it has continuous screen hang-type freezes, and even suffering from BSOD's, so I knew it was time to replace it. Thankfully, I was able to find something for a decent price that outclasses the old one in every single way, except the base GPU that comes with the actual CPU board. This is the specs for the new laptop that I have purchased on 02/14/18.

I also have purchased a few other items to go along with it, such as a cooling pad to ensure that things stay cool, even though the MSI has "Cooler Boost 4" technology, as well as an external 1TB HDD, among other accessories deemed suitable for this laptop.
Last edited: Apr 1, 2018
C

i am going to upgrade my cpu so that i am not bottlenecked. it will be a 8th gen i5

I only have an old lenovo laptop

Intel Core 2 Duo
nVidia 8400M graphics (which were defective from 2007-2010-ish, so I can’t use it for Rigs of Rods anymore, which is sad because it’s double the performance of my other laptop)
crappy stock fans plus a desk top fan that I blow under the laptop
not much else of interest.

I think it’ll become no more than an email reader, because I think the graphics card is starting to go. Anything intensive at all, and it just crashes.

After annoying the entire BeamNG forum with computer build stuff, time to move on to the RoR forum! Yay!

Looking at maybe buying something like this, something to run Rigs of Rods and BeamNG nicely enough. Pretty cheap, and does what I want it to do, but if you guys had any thoughts I’d like to hear them.
H

My newest system.Waiting on the power supply i ordered so i can throw in the graphics card
HP ProDesk 400 G1 MT: