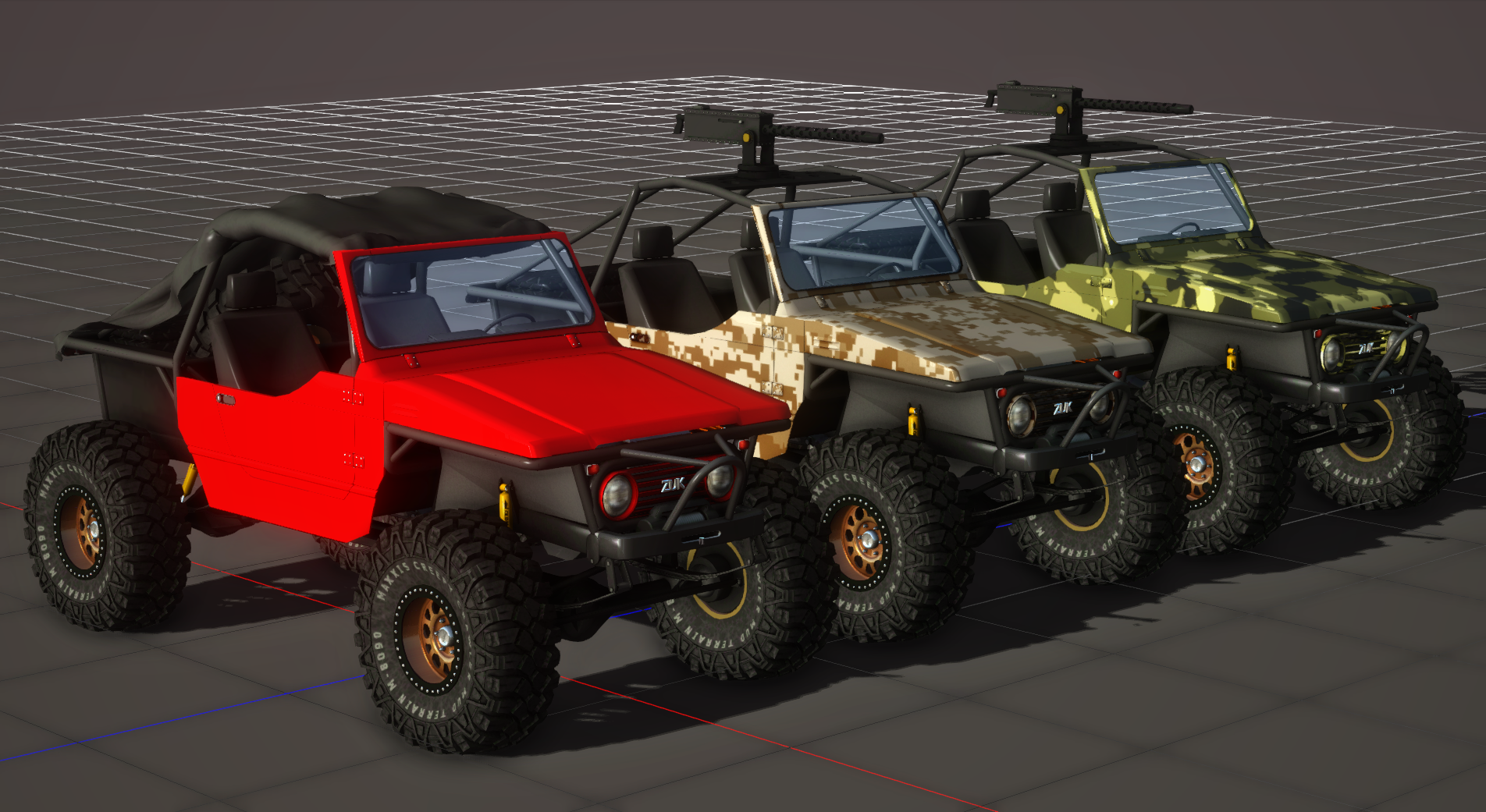 This is my little Suzuki Samurai crawler. It was originally supposed to be a budget rig, but as progress went on too much money was spent! The truck is inspired by a seemingly unremarkable drawing I found randomly on the internet but I thought it was cool.


Modding RULES: You may mod anything you like on the truck; use parts or N/B, excluding the engine, on your personal mods. You may only release your mods privately and never re-post anywhere.