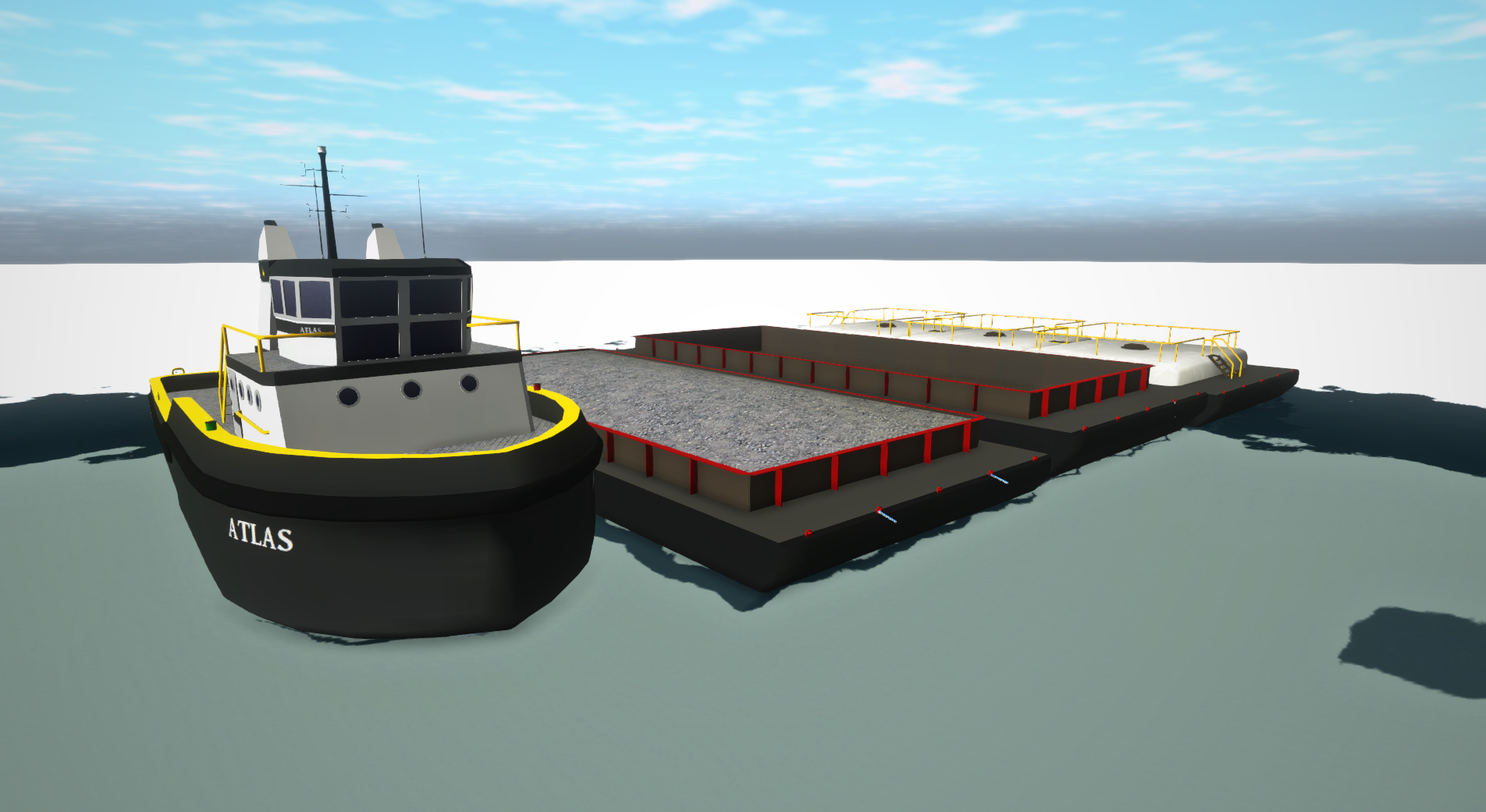 This pack includes the 'Atlas' class tugboat for Rigs of Rods and 3 different unpropelled barges designed to work with the tug. It was originally made in 2012 for RoR 0.38 by Redeye, then scania970 updated it in 2014 for RoR 0.4+.

Here's a quick tutorial of how to best dock the tug with a barge:

If you want to release a mod of the Atlas or barges, follow 2 simple rules:

If you just want to make a skin for the Atlas or barges, make a *.skinzip. After all, that's precisely what the system was designed for. The good news is you won't have to worry about conflicts with the original.