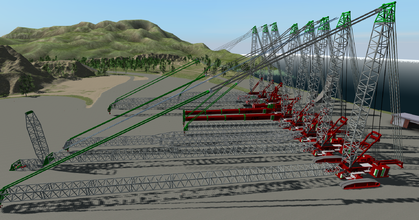 This is the FLK-1500, a strong crawler crane and designed by AIN_002. The crane is not mapped but you can still skin some parts and change colors of meshes. Uploading your own skin is allowed but please upload it as a skinzip.

There might be coming more version of this crane like something with a jib but that will be a matter of time.

This zip also includes counterweight for the crane, which can simply be locked to the back of counterweight-arm with L!

Oh and before more people start crying about this: The counterweight can't be lifted off the ground when there is no heavy load in the hook! (which is logical and real!). 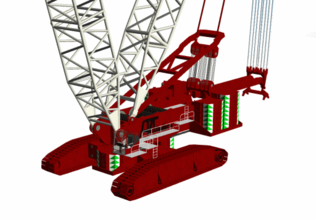 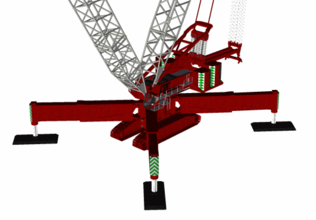